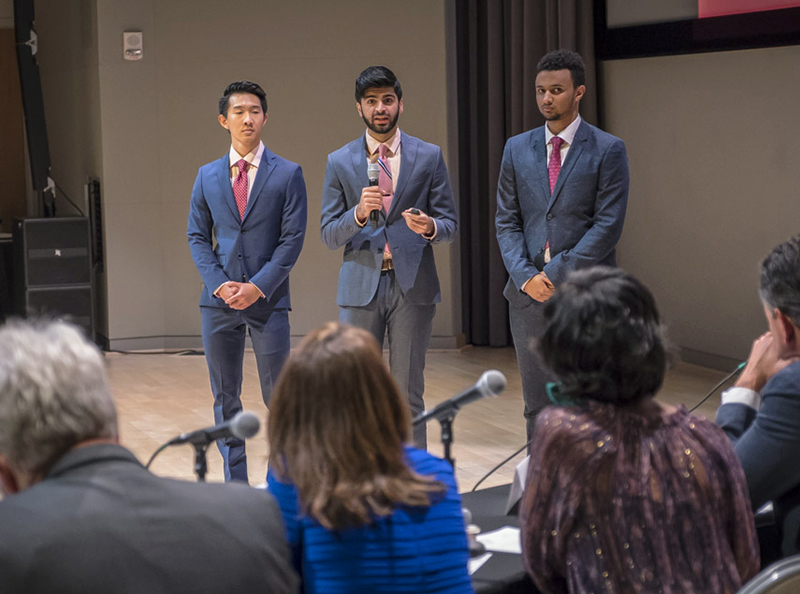 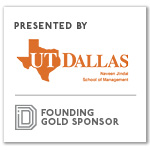 The Big Idea Competition at The University of Texas at Dallasshowed there is no lack of entrepreneurial ideas among its student-competitors. At the BIC finals last month, entries ranged from wearable robotics that augment human motion to web portals that improve the food supply chain. Other competitors’ ideas included drones that municipal governments might use to detect air pollution, and virtual and augmented reality tools to improve brain health and enhance leisure activities.

The BIC was presented by title sponsor Interlock Partners and required entrants to be UT Dallas students as they competed for $40,000 in cash and scholarship prizes. In the months leading up to the event, Bryan Chambers, director of the UT Dallas Blackstone LaunchPad, helped semi-finalists with entrants’ pitches and presentations and helps work through technical details to ensure their fledgling company will pass a battery of pointed questions from the judges.

This year, the five BIC judges were impressed.

According to Nichols, the quality of ideas was exceedingly high.

Elaine Wang, a Jindal School grad student in management science, and Trusit Shah, a computer science PhD student, presented Cthrough, a mobile app that enhances the user’s experience at attractions such as zoos and museums. Cthrough won the $10,000, second-place prize.

Other winners included Skyven Technologies, which earned the $2,500 Biggest Social Impact Award, and UT Dallas’ Brain Performance Institute, awarded $2,500 for the Biggest and Most Innovative Idea.

To make her decision, Nickols put herself in the user’s shoes and thought about the positive impact that a business such as NeuroRehab VR could have on people’s lives.

“We’ve all had experiences in our lives; people we can think of that could be impacted by something like that,” she said.

Kawasaki was impressed with the quality of ATEC PhD student Veena Somareddy’s NeuroRehab VR pitch. Kawasaki also imagined himself using the product. “I think it was the smoothness of her presentation — it was so easy to understand why it’s so helpful,” he said. “I’m getting towards that age; so, yeah, it was very relatable.”

For Somareddy, who co-founded NeuroRehab VR, the top honors brought additional validation for her team’s efforts.

“Virtual reality is new,” she said, noting that her team is trying to solve a significant problem with an innovative, real-world application of VR. “We’ve gotten validation from our patients and therapists. Now getting it from Guy Kawasaki and everybody else means a lot.”

The prize money, she said, will help the company hire developers, put together a sales and marketing team, deploy the applications to five clinics across the U.S., and ensure the applications conform to Health Insurance Portability and Accountability Act (HIPAA) regulations.

“At the end of the day, it’s all about the students and the learning experience,” Guengerich said. “The academic and experiential sides of [UTD’s Institute for Innovation and Entrepreneurship] complement one another, mutually support, and reinforce each other.”